Sugar Advisory From Non-Nutritionists, That’s The New York Times For You

An Article of Eating Crow Series

The central tragedy of nutrition in the United States is that the people who claim to be nutrition experts have never helped anyone to prevent or reverse any disease with nutritional therapies. Lapdog journalists of The New York Times have never effectively exposed this fact. They claim to be watchdogs for the society but have been lapdog Joes.

A case in point: The Dietary Guidelines Advisory Committee (DGAC) has fourteen members. I looked at the list on February 21, 2015, the day The New York Times published a front page article on the 2015 Dietary Guidelines Advisory Committee. I carefully searched for a member of the committee who had ever published an article to report his case studies of reversal of any chronic disease with nutritional therapies. I found none. Non surprisingly, the Lapdog Joe of The New York Times who wrote the story did not mention this crucial fact.

What caught my attention in the advisory report was their promotion of fruits in what they considered to be ““healthy dietary pattern”. The scourge of our time is insulin toxicity. How much about insulin toxicity would the Advisoty Committee know? I wondered. Then came the following question:

* How would the Advisory Committee members know anything about insulin toxicity without ever doing insulin testing for anyone?

* How would anyone of them know how the pancreas glands respond to insulin-wise and insulin-unwise meals?

* How would they know how altered stomach flora processes foods?

* How would anyone of them ever consider these questions without assuming ethical and legal responsibility for reversing any chronic disease with nutritional and detox approaches?

* Why didn’t The New York Times lapdog Joes raise any of these questions?

* How would they the know the truth without speaking to anyone who knows such truths?

In September 2013, the Journal of American Medical Association reported that 50.1% of Chinese now have prediabetes or diabetes. Did the members of DGAC recognize how stupid their position on promoting fruits in this age of diabetes is?

Do lapdog Joes of The New York Times ever wonder about such questions? How would they? 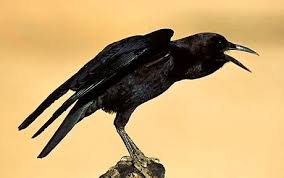